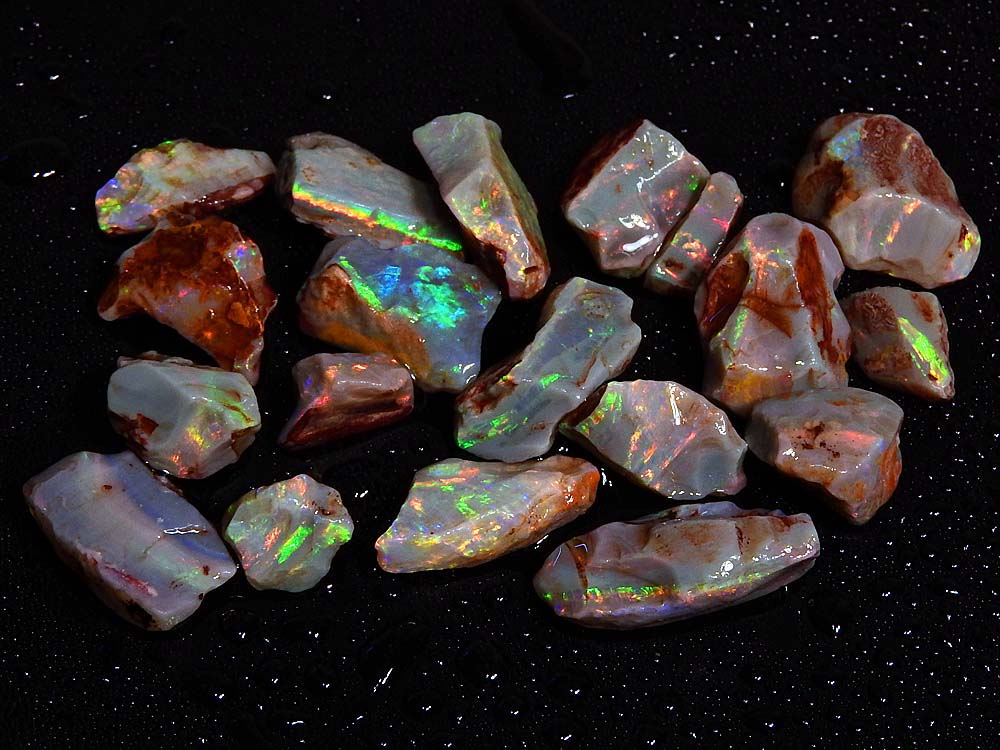 Slept until 8am as I was up late working on my laptop which picked up a virus.  It had infected Norton which blocked me from connecting to the internet.  Of course if I sent money to a web site they would fix the problem.  Completely deleted Norton and voila…back on line.  Quickly loaded up a free version of AVG and did a complete system scan.  OK…back in business.  Can check business emails and respond to customers now.

Boxed up yesterdays opal purchases and while going through my suitcase looking for tape, discovered a fat bundle of $50’s…yikes.  Buried treasure!  Now reinforced with a sudden infusion of cash, I contacted Tim and picked up the small parcel for a VERY dear price.  But it was top gem rough opal and that is extremely hard to find.  Opal money all spent…great feeling.  I think I picked up some nice parcels this year, but never know for sure until I have a second look at home.  I suspect opal prices have increased by 50% since 2014…last time I was in Oz.

The miner Ivan, I bought the opals from yesterday called and it appears I had over-payed him.  During price negotiations we had agreed on an extra discount on one parcel that I forgot to include when I was tallying the final parcel prices.   I went back to his house to collect the money and ended up buying another parcel, 29 ounces 11 Mile Field potch and color, with some nice stones in the mix, for slightly less than what was owed.  Worked out well for both of us.  Thank you Ivan for your honesty!

Picked up my rough opal parcel from Tim and boxed and shipped that and Ivan’s parcel back home,  just before the post office at the Miner’s Store closed.

Supper at John’s Pizza and an AA meeting at 7:00pm at St. Peter and Pauls’s underground Catholic Church on Hutchison St.  It actually is underground.  And it’s the first church in Coober Pedy.  The meeting consisted of only 4 people including myself.  Great meeting and people. Most of the attendees have only a short amount of sobriety, but VERY serious about staying sober.  Went back to John’s Pizza with David for coffee and conversation after the meeting.